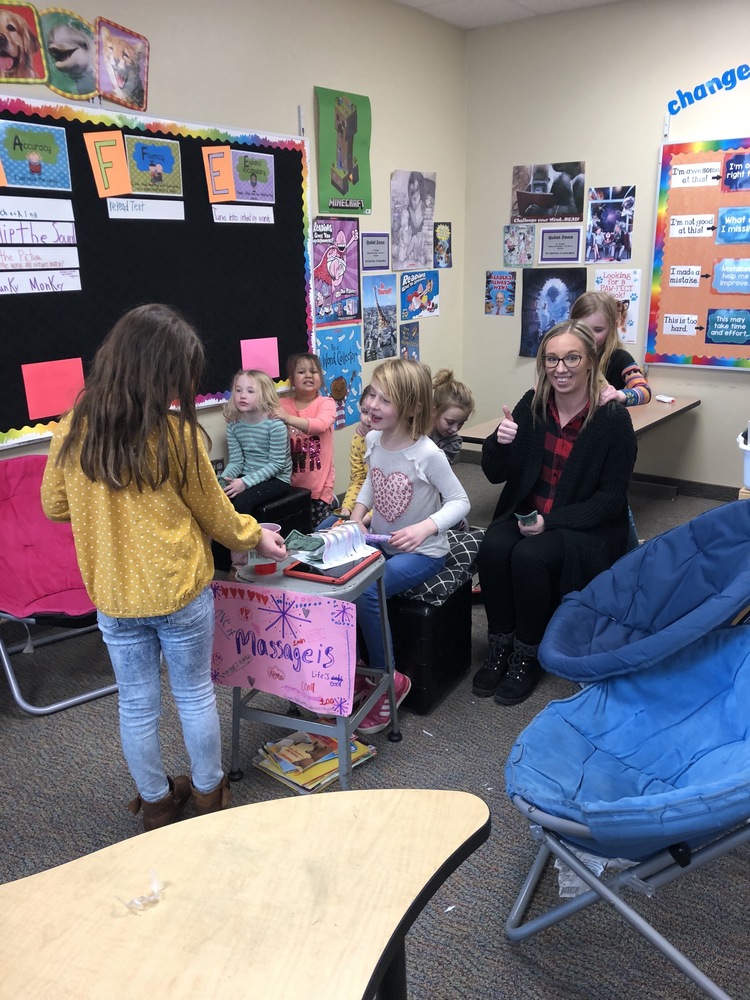 Cohort B learners have been working on creating individualized projects. Learners get to choose a topic to research and then choose a way to present a their understanding of that topic.

Mrs. Vyhlidal’s social studies studio learned about what it means to be a producer, consumer, and entrepreneur of goods and services. Each learner had a task to create a good or service that would be sold in a vendor fair held here at Freedom. They had to create advertisements, organize a business space, and sell their good or service. It was a great turnout with 61 learners and a few facilitators attending the fair. Each entrepreneur made from $17-$90.

Mrs. Goedtke and Mr. Franken’s  reading studios took part in a Wax Museum. For the last couple of months the learners all worked hard on researching, creating a trifold display, writing a research paper, and speech on a nonfiction topic of their choice. Many of them were in costumes, portraying well-known historical figures. Parents at Freedom were invited to attend the museum. In order for the wax figure to come to life, a coin had to be dropped in the learner’s cup to activate the wax figure. Once activated, the wax figure would tell important information about themselves. It was a very fun and engaging project!

Mrs. Ramstad’s social studies studio learned about immigration and diversity in the world. In collaboration with the tech integrationist Mr. Knips they used Google Maps to drop in on any place to look at the world around them.